In 1987 American clinical psychologist Dr Francine Shapiro noticed by chance during a walk in the park that her disturbance of negative thoughts lessened when she moved her eyes back and forth between the trees.

Encouraged by the success of these experiments, Francine Shapiro developed a standard procedure which she called EMD (Eye Movement Desensitisation , as she initially assumed that her procedure was a variant of the well-known behavioural therapy, Systematic Desensitisation  At the end of 1987 she tested the efficacy of EMD in an empirical examination on patients diagnosed with post-traumatic stress disorder (PTSD). In 1989 the results were published in the Journal of Traumatic Stress and showed a significant decrease in distress amongst those receiving this treatment as compared to the control group.

During further research and development of the method Shapiro observed clear differences between this treatment and the behavioural therapy approach. She further developed EMD from 1987 to 1991 in California into what is now the EMDR method. She first employed EMDR in 1989 for therapeutic work with war trauma victims. EMDR today is a dynamic process which utilises elements of psycho-dynamic as well as behavioural therapy.

Chance is the veil over what had to be. 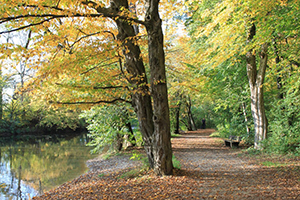